Masons who Bake in Brick Ovens 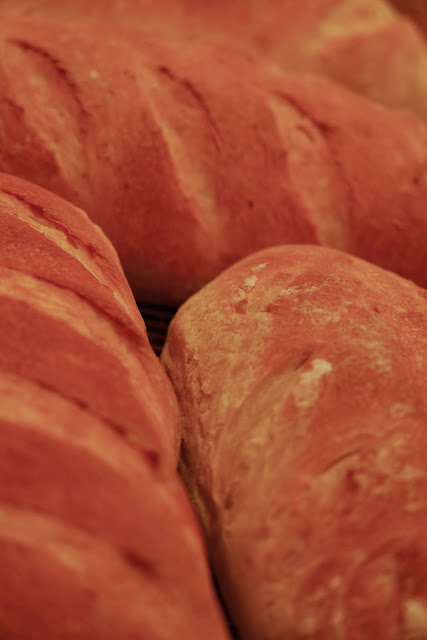 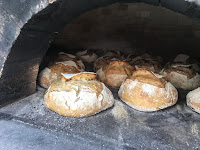 Twelve years ago, when I built my first brick oven, I wanted to bake bread.  Now, after having built nearly 40 ovens for others (it has eclipsed my former landscape design and stonework business), I understand more about baking, brick ovens, AND why masons who have never used a brick oven may fail at building a successfully functioning one. 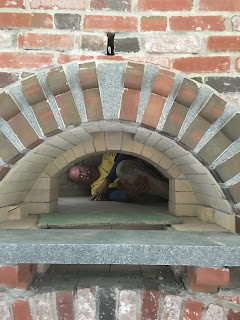 A prospective customer recently sent me photos of brick ovens taken off the internet to show me the style he was looking for.  Two out of three of them were built wrong.  By wrong, I mean, they had mouths too big to be able to retain heat, flues at the back or top where the heat would rip through the oven cooling it, or no insulation under the floor or over the dome.  This just scratches the surface of what I've seen pass as a brick oven. 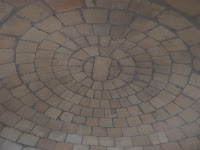 I have hoped to remedy the mistakes other masons might make by posting extensive information on this blog about the correct ways of designing or constructing ovens.  Still, a mason who builds fireplaces well and doesn't know anything about brick ovens will build your oven as if it were a fireplace.  It will act like a fireplace: throw heat out, cool off quickly, and make cooking a pre-colonial task.

My wife pointed out that the reason I understand (and continue to gain new insights into building) brick ovens is because I USE THEM. 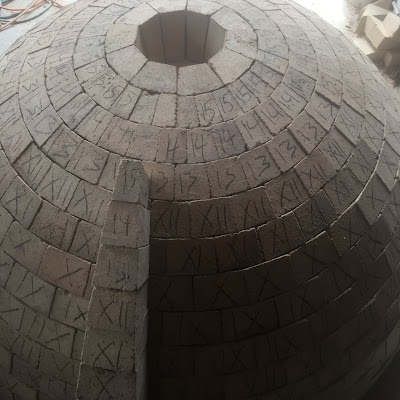 Without the hundreds of bakes I've done, I would have little clue as to the successful physics of the device.

Posted by David Neufeld at 2:13 PM No comments:

I met Blair Marvin of Elmore Mountain Bread http://www.elmoremountainbread.com in Johnson VT at the recent Kneading Conference in Hinkley Maine.
She is a powerhouse of knowledge and energy.  She led her workshop participants through the making and baking of dozens of loaves of artisan bread over the course of two days.

This was a light work load for her as she and her husband bake 700 loaves twice a week at their bakery in Vermont.

Here are some photos: 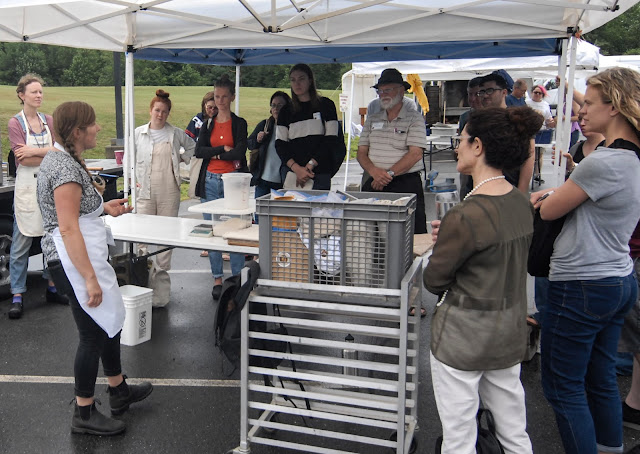 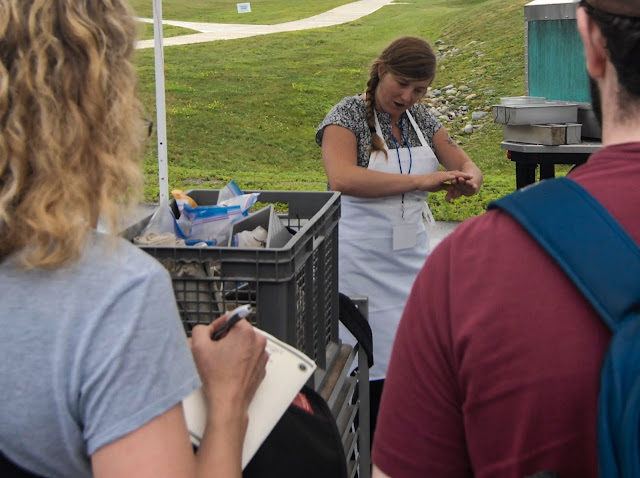 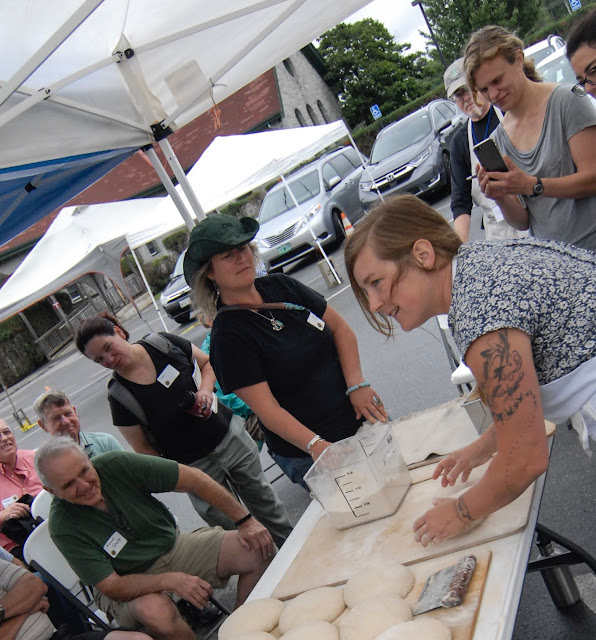 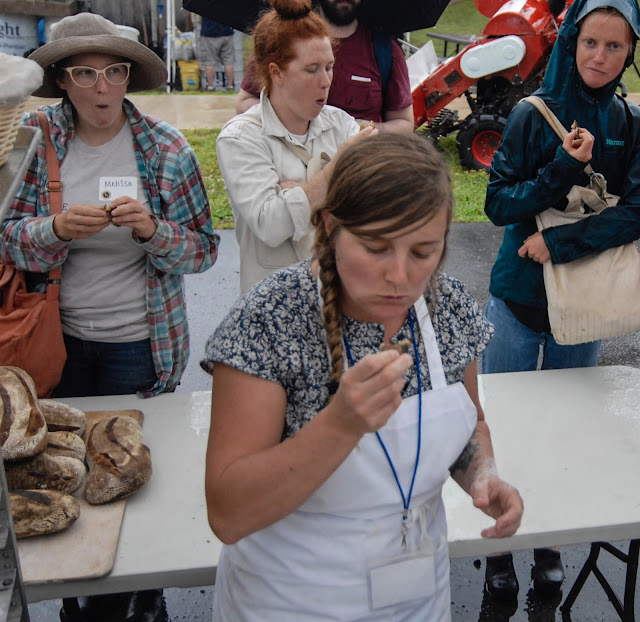 Posted by David Neufeld at 11:03 AM No comments: