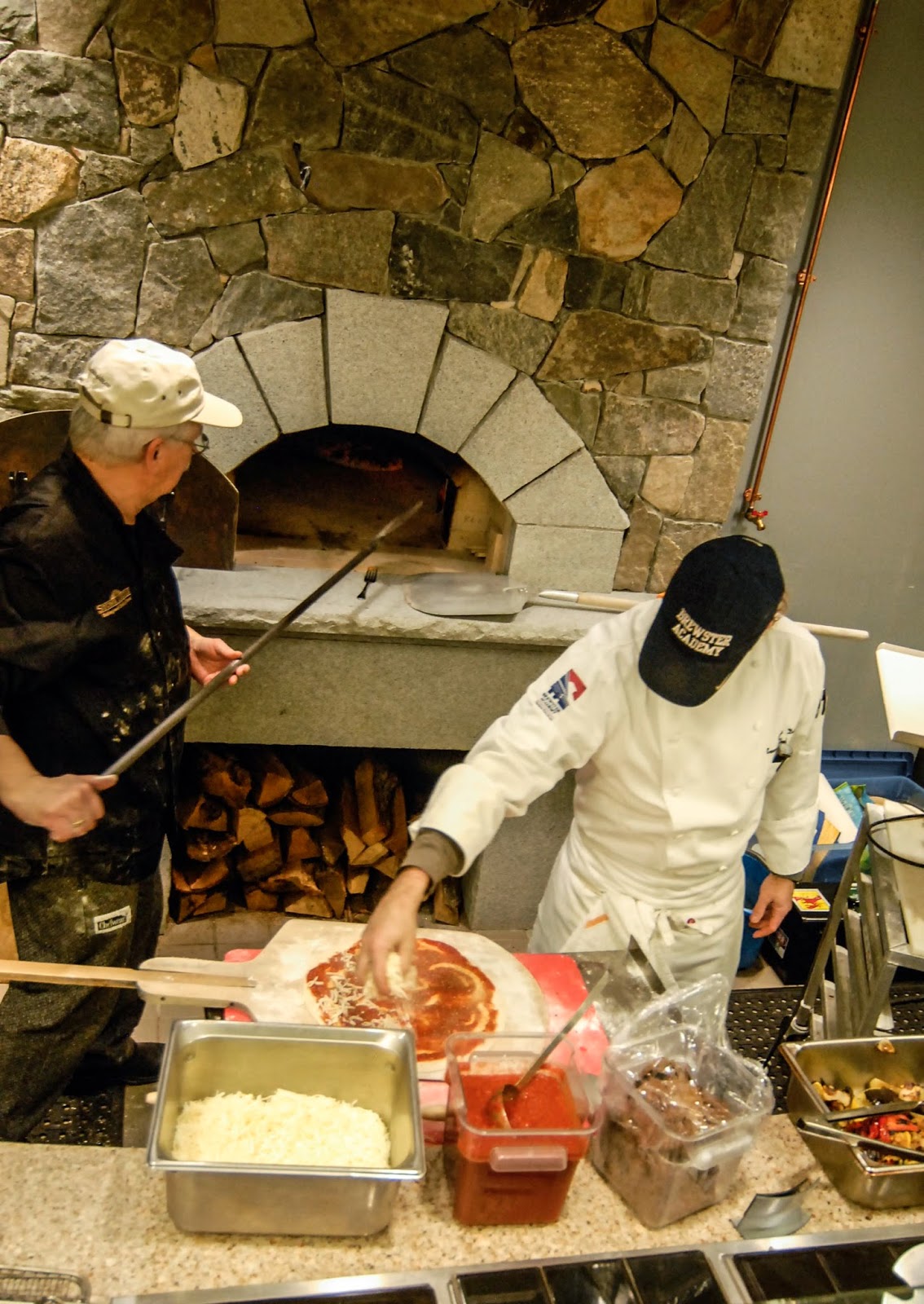 Now more than a two months into the use of their brick oven, the Brewster chefs have expanded to include nearly every kind of food.  Here's a quote from Executive Sous Chef Tom Kelliher, " “If we knew what an asset our wood-fired oven would have been for Brewster Academy, we would have requested this years ago” Brewster Academy produced a video so that their extended community could see the project in action...
"Brewster’s admissions office enjoys the reactions from potential Alumns’ families when they first set eyes on our brilliant WFO [wood-fired oven].  Located in the center on the servery and outfitted with a rock façade from floor to ceiling and granite hearth, our oven has become a sight seeing destination for our guests..."
Chris Dill
Food Service Director BA
https://vimeo.com/84314167

Because I live near this place, I get to see the chefs using the oven. I enjoy hearing about all the ovens I've built.


Posted by David Neufeld at 9:57 AM No comments:

It's been exactly two years since I attempted to give those interested in purchasing a brick oven a solid bead on the costs.
In those two years, I have built more than a dozen brick ovens and consulted on a dozen others.  The answer to the question is... 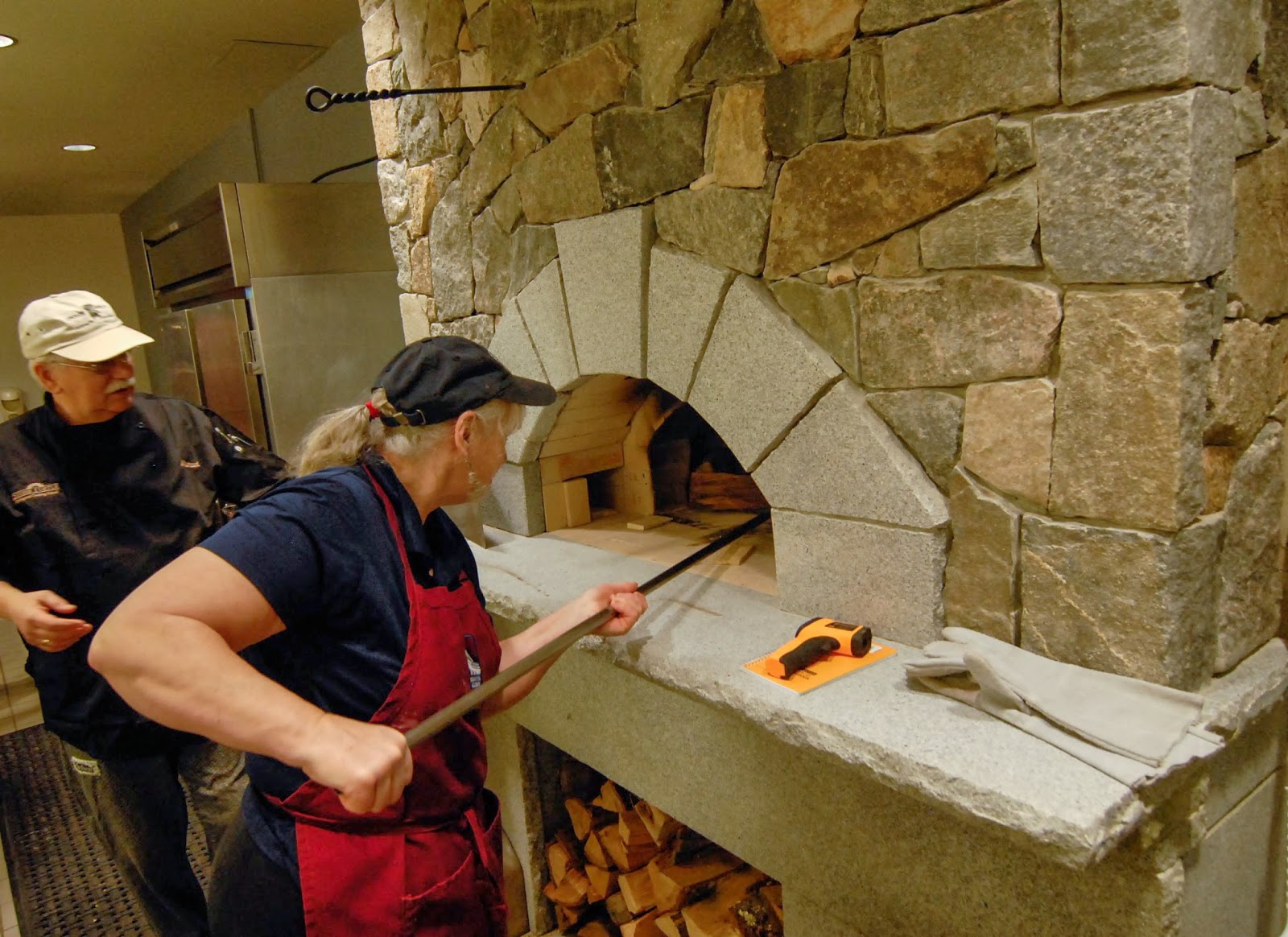 What exactly do you want?  NOT a true answer, I admit, but it is the most important question that needs answering.

Because I build custom brick ovens, made for individuals and their unique locations and requirements, answering a group of questions will lead directly and effectively to an oven with a specific price tag.  It will, more importantly, result in an oven that works perfectly.

Here are a few categories of ovens and uses: 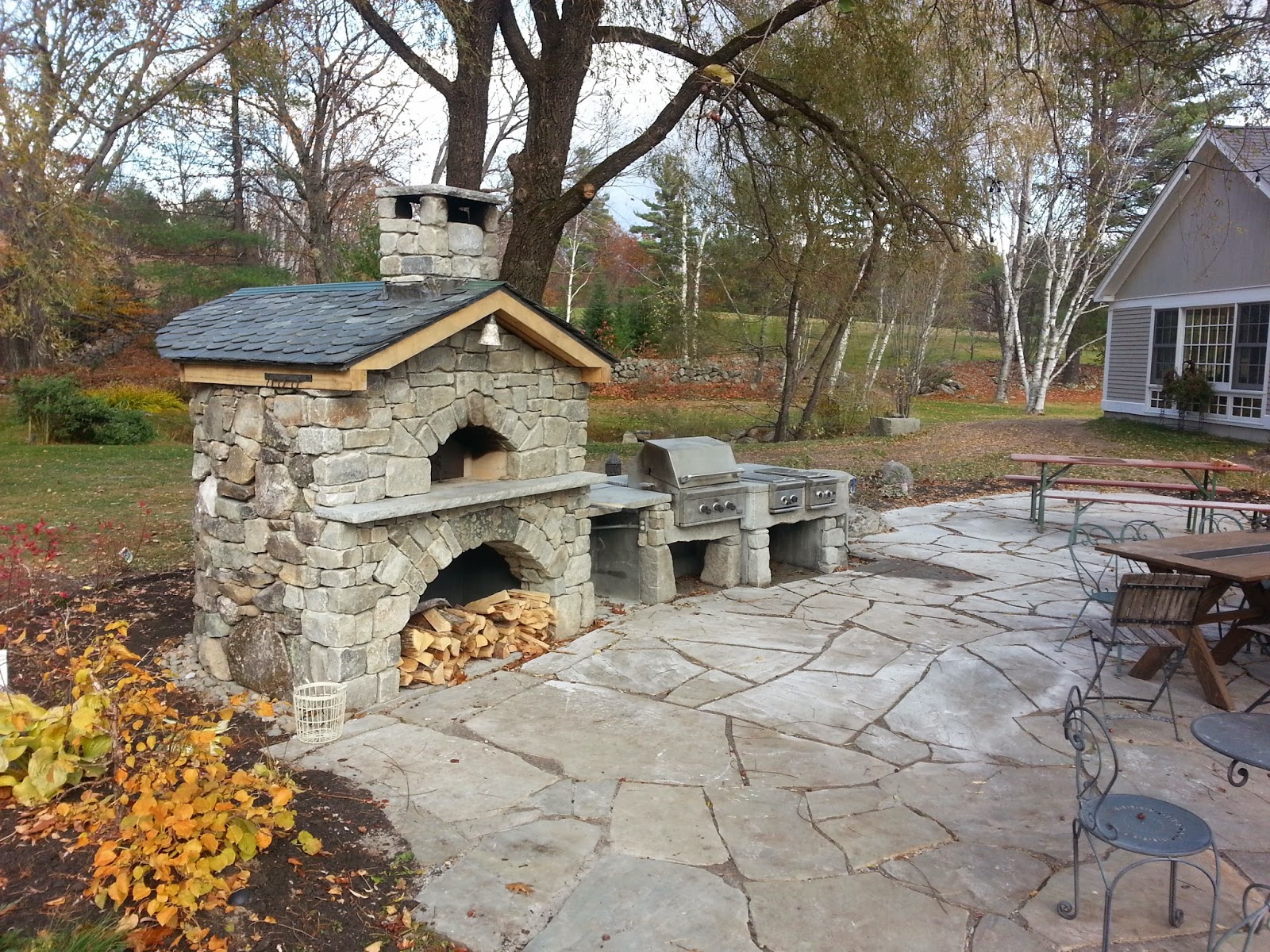 The above five categories begin to determine cost.  The other factor is style.  Ovens range from exterior finish that is very simple to elaborate details such as stone roofs, special tile and brickwork, stone, and even frescoes. 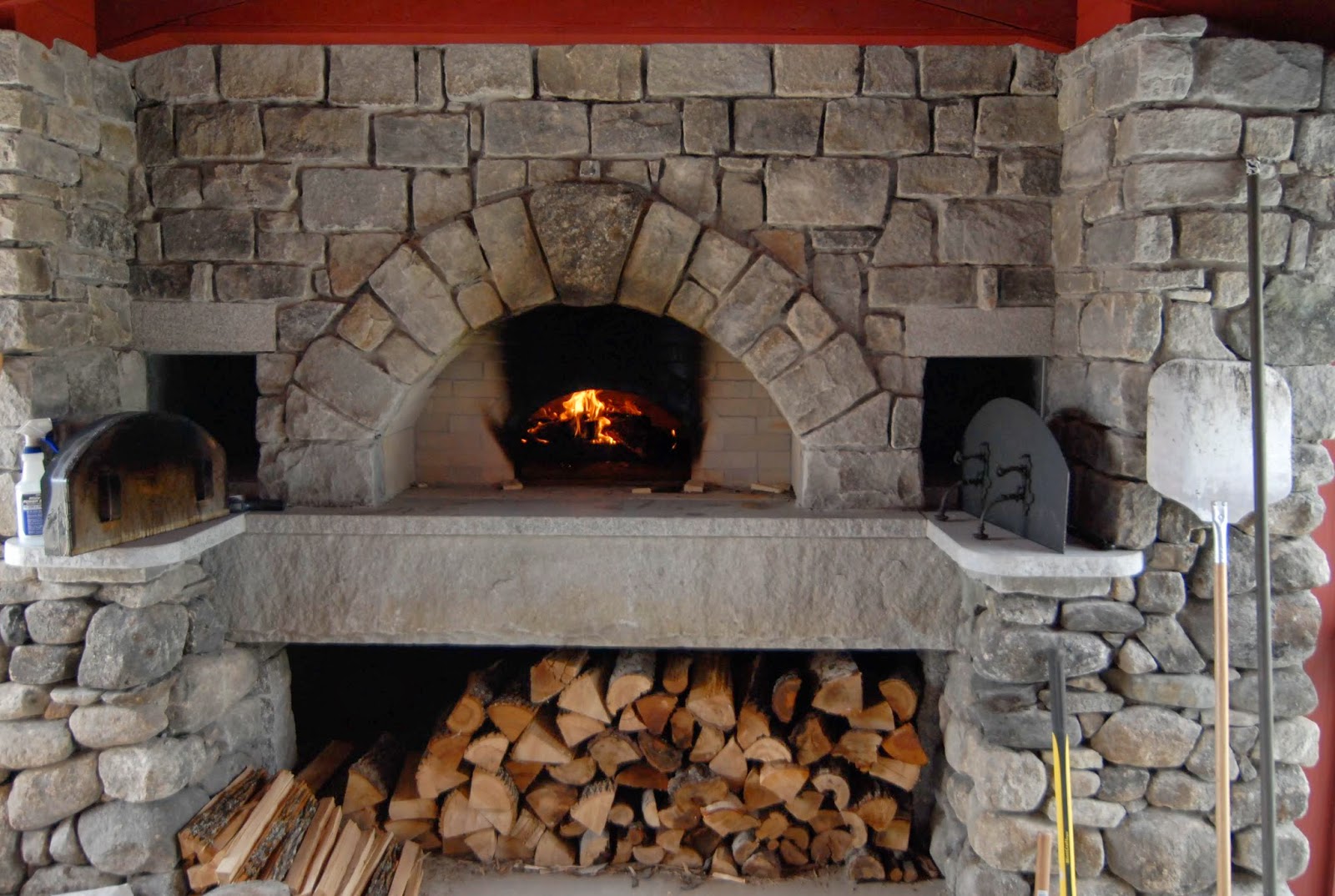 What I can do for anyone inquiring (see website TBO Checklist) is respond to a detailed request that includes photos and desired features.  If after talking with you, we have a clear idea of the oven you want, an exact cost amount will follow.  Then you'll know the true cost.

Please note: Factories, like those that turn out hundreds of cast refractory shells that you can buy, are able to put a dollar amount on their stamped-out product because they are all identical.  The hidden costs of finishing the job and the longevity of the oven are not mentioned.
Posted by David Neufeld at 3:54 PM 1 comment:

March 19th and another 6" of new snow outside.  Winter in New England is often long.  This year though it has also been cold.
Back in January, I built an oven near Potsdam, New York (See Sub-zero Oven post).  Shortly after, my wife and I flew to Costa Rica (last post).
These two restaurants, one in a town that was minus 41F in January and one in a place that averaged 80F in mid February, were both extraordinary experiences.  They were so far beyond good that I would go out of my way by many miles (3000) to eat there again.


Culinary team Brian & Jenny Walker opened the 1844 House in May of 2006 and have since made it a landmark of dining in the north country.

Yeah, it's that good.

On the night I was there, I spoke with Brian Walker, the chef of that evening.  He, as many great chefs are, is always trying new flavors.  Although there are favorites at 1844, he is enthusiastic about introducing his guests to new dishes, ones he and his co-chef and wife Jenny devise. 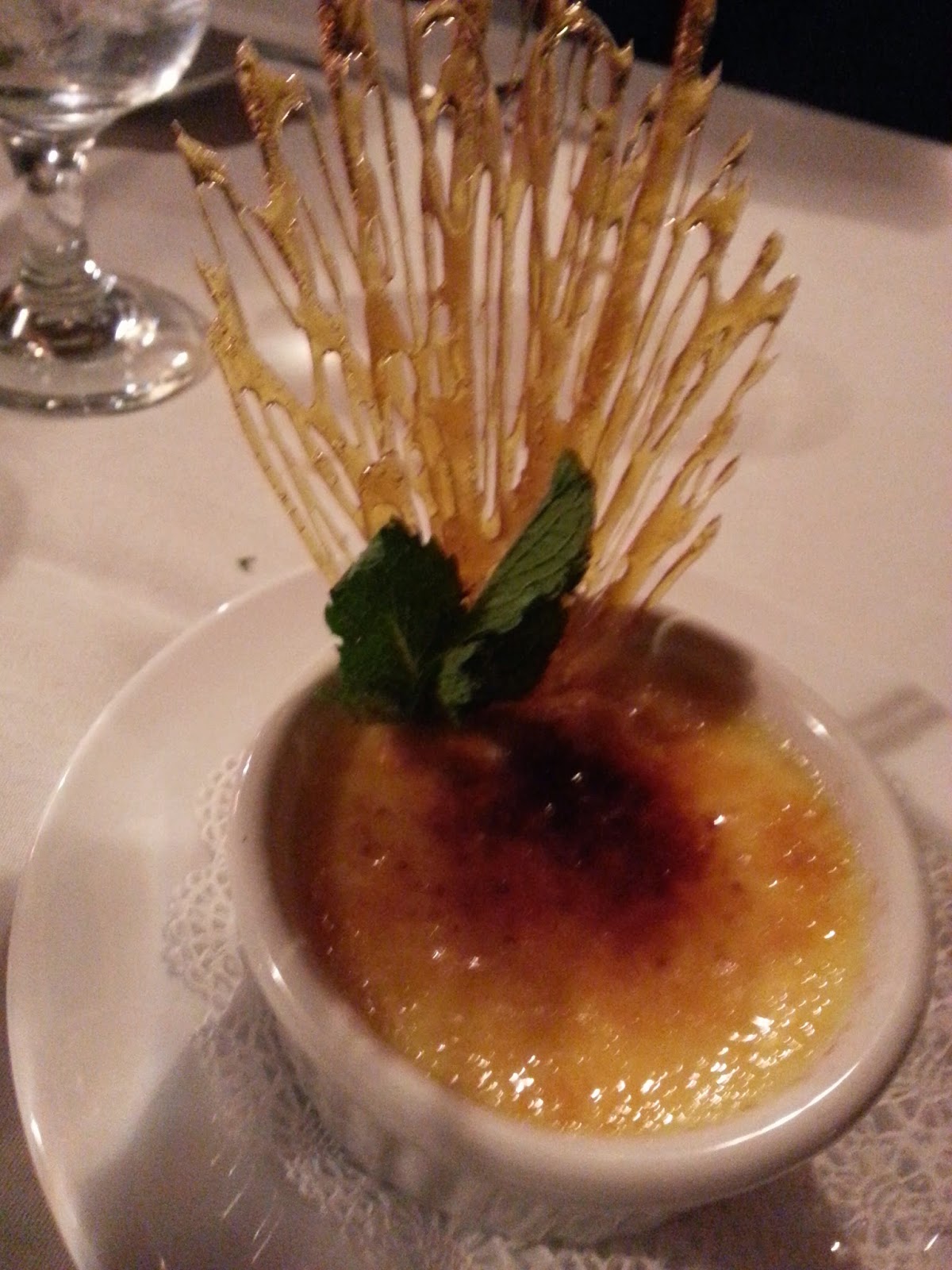 Despite the bone-chilling temperatures outside, the consistent quality and beauty given to every part of the dinner made winter disappear.

All of desserts exceed expectations with surprise flavors tucked into each one.

Nearing the last day of our time in Costa Rica, we drove to Abbocato because ALL the reviews were five stars!  We found the restaurant in a palatial building on the property of Hacienda Del Mar, a quietly growing resort above Golfo Papagayo (go to link: http://www.abbocatocr.com/. 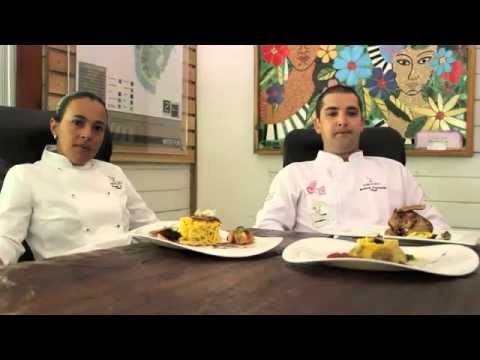 This is another restaurant in which the chefs working together is integral to the perfection of the dishes.  Paola Villalobos Pinzon welcomed us warmly and together with Andrea Fiorentin suggested the tasting menu (Wow!). 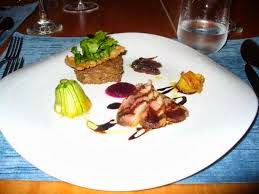 When two great chefs combine their talents and agree to serve only dishes both of them deem perfect, the dining experience is unparalleled.  As we were the last to leave that night, we had some moments to talk with Andrea and Paola.  They shared their enthusiasm for what they do and their plans for the future of Abbocato.

The world of fine food is a tightrope walk.
These two chef teams, 3000 miles apart, have perfect balance.

Thanks to Brian and Jenny...and to Paola and Andrea!
Posted by David Neufeld at 10:37 AM No comments: