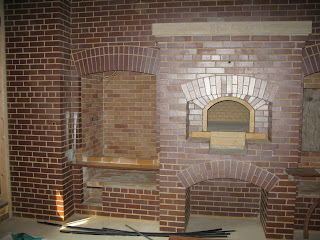 In some locations there is not sufficient space for a fully round dome.  In these cases it is possible to elongate or stretch the dome shape without losing its structural benefits.

Six years ago, an oven I built in St. Charles, MO.
Due to the other cooking elements desired in the same space, we designed a long dome 4' wide and 5' deep.
I built the 'core' and the on-site masons finished the exterior, which included a charcuterie (left). 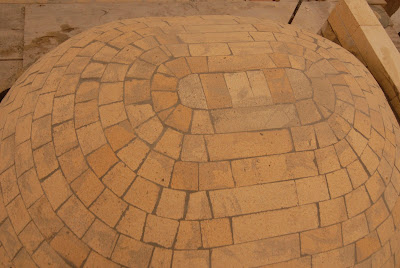 There are some ways a long dome
can provide more versatile cooking options. 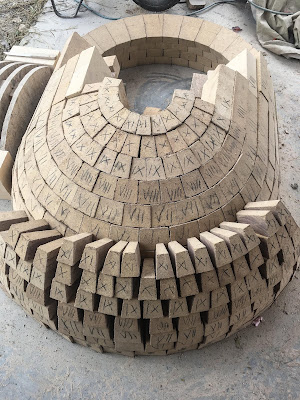 The dome for the Georgia project has its mouth on the long side providing two half-domes at either end.  If the cook wants, he or she can cook fast and hot at one end and at more moderate temperatures at the other.   The pre-cut bricks show where full bricks are used to stretch the width of the dome.  Cut bricks on the side are simple doubles of the set ones that will be used for the opposite half-dome.  This oven is 32" deep and 48" wide. 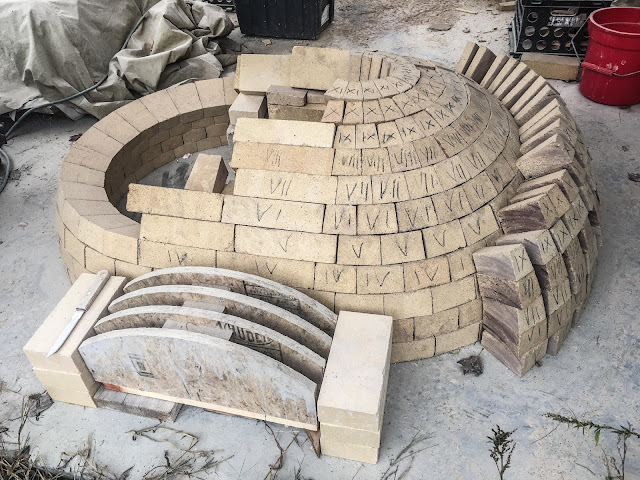