Faced with a blazing fire at the start of oven warm-up, broiling, roasting, and searing are cooking options that have worldwide tradition.  Later, when the oven is at high baking temps, the foods each culture prepares are matched to the cooking environment.
Days later, a slow-roast oven can be employed to mimic, pit baking, slow ribs, or banana leaf covered dishes. 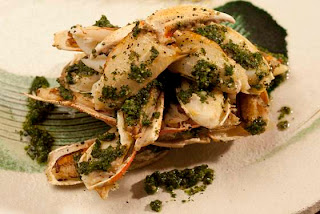 What would an international brick oven bake festival look like?

I would guess that if you gathered cooks from all over the world around a brick oven, each would have recipes
perfectly suited to this ancient appliance.
We don't immediately think "Japanese" when referencing brick ovens, but Nobu Los Angeles has this menu prepared in brick oven: