People occasionally ask me if I've built any 'community ovens'.

We agree that these are brick ovens intended for members of a neighborhood or small town who want to gather and bake bread together.  This is a very old tradition.  I stayed in a tiny town in the Dordogne region (Perigord) of France that had a functioning brick oven that was fired weekly for the farmer's market day.  France has a network of paths that wind through woods, fields, and towns.  These 'randonnee' http://about-france.com/tourism/long-distance-footpaths.htm are marked and easy to follow.
http://truebrickovens.blogspot.com/2011/10/urval-dordogne-community-brick-oven.html 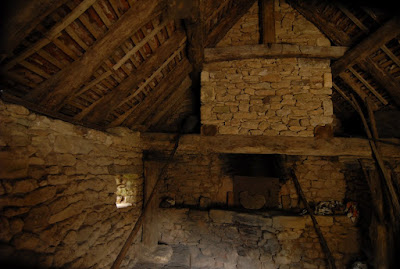 I found it remarkable that upon entering even the smallest village, the community brick oven was identifiable, even when it hadn't been used in a century.  Some brick ovens were associated with the town church and it is reported that there was a 'fee' for townspeople to use it.

Going forward to NOW, it is difficult to imagine most organized towns funding and permitting a community brick oven.  We are a mobile population.  We buy our bread at primarily from supermarkets, sometimes from bakeries, and rarely from farmer's markets. 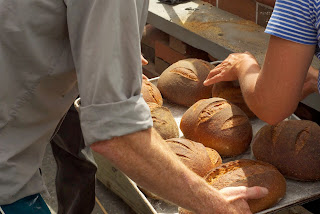 I recently spoke to someone interested in the community oven concept.  I recommended a portable oven of sufficient size to allow approximately 60 loaves of bread to be baked in three consecutive batches. 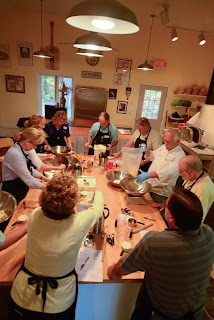 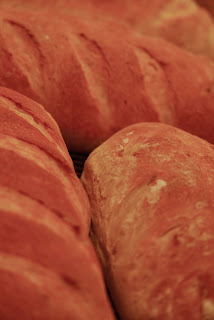 Portability would allow the oven to be transported between 'member communities' either weekly or even from one day to the next.  A portable oven might be paid for by a small group of organizers or a single patron, thus eliminating the tedious process of finding a site, building the stationary oven and then protecting and maintaining it.

In many climates, the oven could be stored for the 'off season'.

A brick oven for public use could help us rediscover community and the pleasures of fresh baked bread.
Posted by David Neufeld at 10:59 PM