A year and a half ago I drove a rented Dodge Grand Caravan to Charleston, West Virginia loaded with the materials for an entire 36" brick oven dome.   This followed a request by Jim and Becky Laurita for me to come to West Virginia and work with their usual masons.  We worked hard and well together.  I learned more about these 'mountain men' masons then I could have ever learned by reading (duh).  They brought me moonshine and pepperoni biscuits.  Jay took me into the 'Hollers' to see charcoal kilns his grandfather tended. 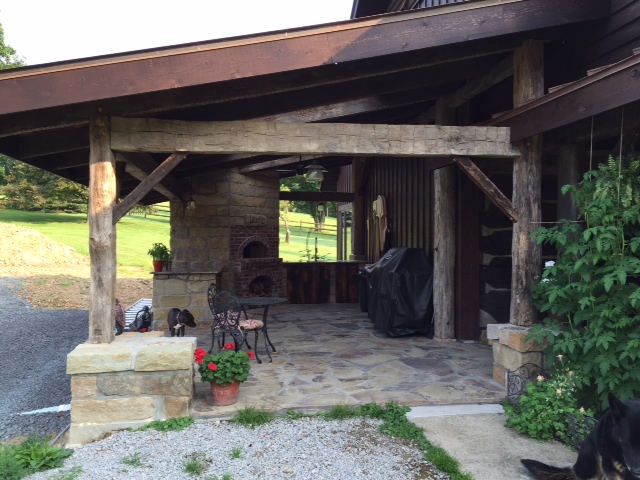 I've had the privilege to work with Latino masons in southern California, with castle-building masons in St. Charles Missouri, and I've had conversations with masons all over the world.  I've had requests for ovens in cites from New York to San Francisco.  For me it is the icing on the cake, the crust on the pizza, the sauce on the ribs.

Later, Jim and Becky took a bread baking workshop with my friends, Michael and Sandy Jubinsky,
who run Stone Turtle Baking and Cooking School in Maine.  They were excited to start baking. 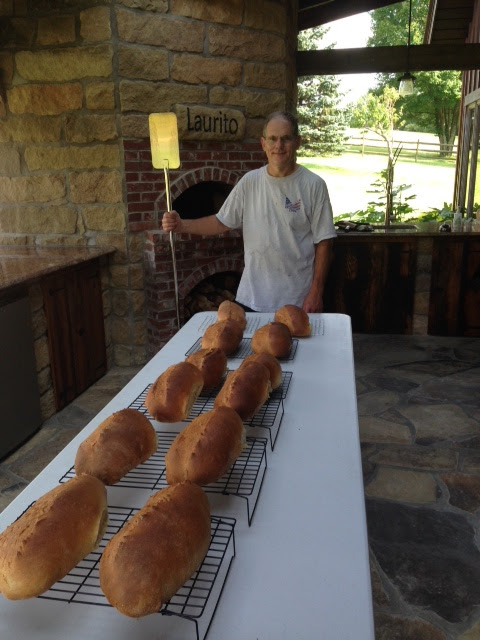 Posted by David Neufeld at 9:23 PM