Makers of home gas and electric ranges are conscious of the place they will occupy in the household's practical and decorative life. 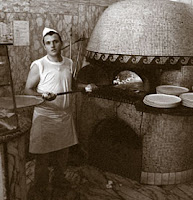 Many people have an aesthetic expectation of brick ovens that can be met at the same time the practical considerations of building an oven are planned.

Restaurants in particular rely on ambiance to both charm patrons and also to increase their cache when setting prices.
So why would a restaurant feature a big sheet metal bright-red tin can as the enclosure of their wood-fired oven? 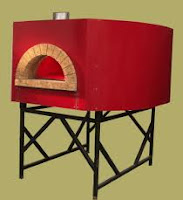 Forno Bravo's commercial oven (for example) does just that. Other higher end makes are combinations of stainless steel enclosures and legs (although assuredly designed to support the structure) that are spindly.
Regardless of the weight of the oven, the facade, at least, needs to convey strength first and some connection to tradition, second. 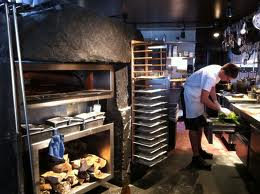 
Both make fine wood-fired pizzas, etc.  Serious Pie's oven is stainless steel with a quartet of stone slabs strapped to the face in an attempt at solidifying the ambiance.  The menu is terrific though including artisan cheeses and gourmet ingredients. 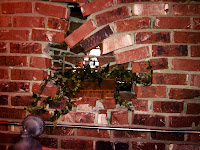 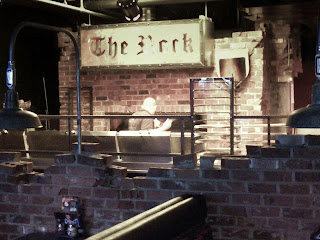 The Rock's entire restaurant environment as well as the oven surround is not only brick, but brick walls that appear to have gone through an earthquake.  The restaurant generates additional buzz from customers fooled and amazed by the finesse of the masonry.  There is both humor, attitude, and a cohesive sense of toughness in the quasi-biker bar atmosphere that is welcoming to sensitive types.  The calzone I had there was terrific.

Il Fornaio, a full-menu restaurant in downtown Seattle, features it's oven front and center. It's interior, although cast refractory, looks like some ancient assembly of stone blocks.  Even though they needed to replace the wood-firing capability with gas flames (the building's many floors made venting a problem), the overall effect of the brick face and weathered interior provides a traditional flavor to the place.
When I stopped in, the interior of the oven was arrayed with pans and flatbreads, all taking advantage of the cooking temperatures of the flames.

There is no doubt that you can cook a meal over or in an oil barrel.  The question is: Isn't there more to a brick oven?