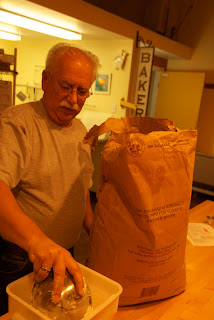 His broker called to say his house would be shown to a couple at the end of a day in which they would have seen ten other houses.  'Ugh!' thought Michael (or some other appropriate comment).

Michael, being a precise and expert baker, put together the ingredients for cinnamon rolls, placed them in the oven and timed them to be done the moment the prospective buyers walked in the door.


They were greeted by the smell of 'home sweet home' (and incidentally, not only full liscence to consume the cinnamon rolls fresh out of the oven but also to take the leftovers away with them). 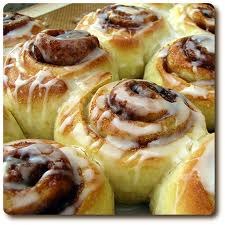 The broker called minutes after the visit (a bit miffed) to say that he already had the people ready to sign for another place (presumably more expensive if he was miffed), but they signed for Michael's.

He and his wife Sandy were able to move to Maine and start what has become a premier baking school.

Thus was proven that a loaf of fresh bread (or cinnamon rolls) can move that house that you've had on the market for months.
Posted by David Neufeld at 7:18 PM