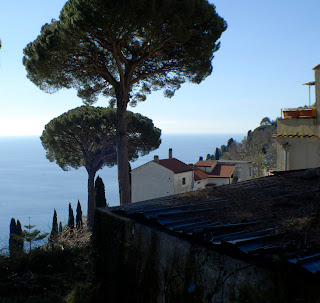 Perceiving an object requires that we distinguish it from its surroundings. The joke about a blank piece of paper being ‘a polar bear in a snowstorm’, applies to our perception.
Painters and sculptors refer to positive and negative space. Positive space is the object we are able to perceive. Negative space is the background that allows us to see that object. In landscapes, the tree is the positive and the sky is the negative.

Applying this to landscape design, we may choose to remove masses of confused greenery in order to accentuate a specimen tree. We may also take advantage of a mass of greenery by planting or building a contrasting form in front of it. We might ‘cut’ a hole in the greenery to form a dark shadow. Each of these changes creates the negative space needed to bring the desired focus to the design. 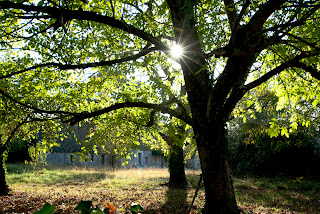 Buildings and rooms need the same balance of positive and negative space.  Distinguishing one object from another is a matter of prioritizing and choosing which will be the object of attention and which will be the background upon which the object is set.
Because brick ovens often become the focal point of a space, I am careful to balance its presence against the other features of the environment.