Bread in a Hurry

I've listened to the Passover story for the past sixty years.  The mythology around matzah is this:  The  Jews, in a hurry to leave Egypt, didn't have time for their bread to rise and thus we eat unleavened bread, or matzah at Passover. 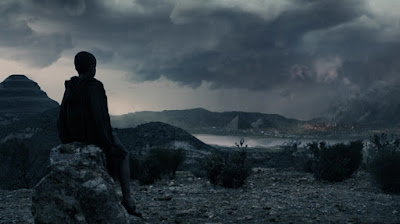 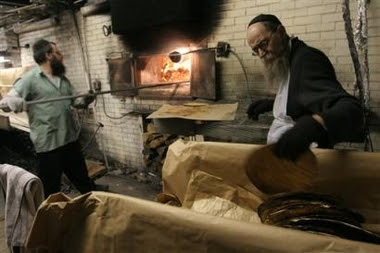 Last fall I got a call from a man in the Chicago area who wanted me to build a brick oven for making shmura matzah, a round matzah made under strict guidelines.  From the time the water and flour are combined to the removal of the matzah from the oven cannot exceed eighteen minutes.  This is because after eighteen minutes, natural yeasts begin to work in the dough.

It is rare for us to have such a precise window into a historical moment. 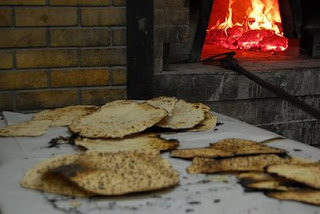 So, I take the story as allegorical.  Some Jews made their bread in eighteen minutes, some in less, and God forbid, some (the slow ones or the ones who had packed the night before) had bread that rose, just a little bit.

Much of the Passover Seder (the meal commemorating the Exodus) is meant to be simultaneously allegorical and factual.  For non-Jews, matzah can seem a bit...thin.  But for Jews, it is symbolic, as are the drops of grape juice or wine, let fall to represent the plagues of Egypt that led to Pharaoh's concession and immediate retraction.  Concessions and immediate retractions usually lead to hurried exits.

Here are the links to past blogs and a Youtube of a matzah factory in Brooklyn, NY.

https://www.youtube.com/watch?v=Oe3w8SKHxKY
Posted by David Neufeld at 9:16 AM