The coincidence of a perfect Spring weekend and my being near my brick oven resulted in the first meal cooked outside. 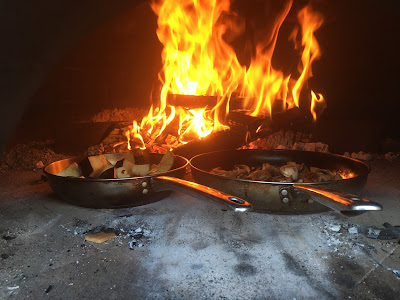 As I will be in Maine for the next week, I wanted to keep the oven 'live'.  This is easily done with a few (four) big chunks of wood that otherwise would not have been burned.  These knurly knots where branches diverged are usually consigned to this purpose. 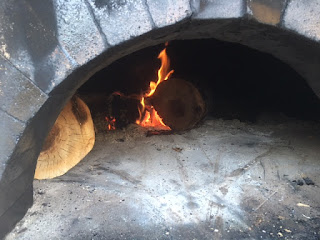 By sliding a couple in against the coals and shutting the door, they burn slowly.  Twenty four hours later they are only half gone and two days later I have coals for the next fire and an oven halfway to 500F.
Posted by David Neufeld at 8:37 AM