A dry piece of hardwood has a certain amount of BTU potential.  To extract the maximum BTU's (British Thermal Units...not important really) from a piece of firewood may or may not be your goal when firing your brick oven.  Because I cut my own firewood and I've burned my own calories cutting that firewood, it is mine.  (Geek alert* One BTU=0.25 Cal...again not important to brick ovens). 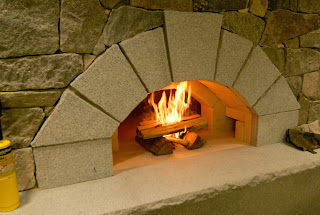 Therefore, having a relaxed firing where the addition of dry firewood to the oven is done slowly, will result in very little wood used to achieve high temperatures in the oven.  Recently, I got my 36" oven to 700F using six (6) pieces of firewood (average 5 pounds each).

I've noticed that the early fire is the most inefficient.  This is because the volatiles in the wood burn at different temperatures.  The early firing can only combust a portion of the volatiles.  The rest goes up the chimney.  Later, at about 400F, a second group of volatiles combusts as well, releasing more heat. 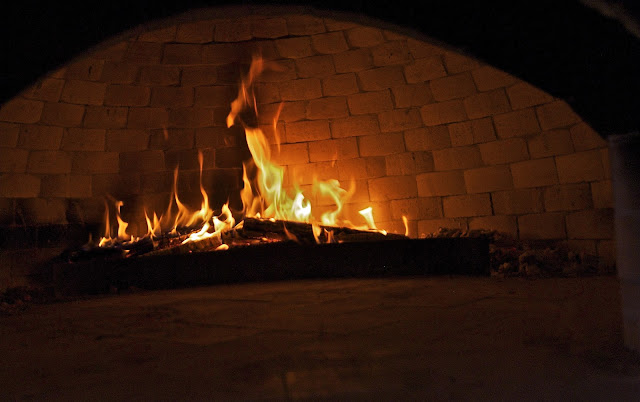 Back when I was a potter firing a wood-fired kiln, there was a third group of volatiles.  I remember putting a two inch diameter stick in the firebox when the kiln was about 2000F and flames would shoot through the entire kiln, up the 20 foot chimney and be seen spurting out the top.

BUT DON'T GO THERE with your brick oven.  2000F is white hot and a brick oven should never be close to that temp. Gray, lazy smoke and a certain fuel-like smell is a sign that you have too much wood burning in the oven.  Let it clear.  That is the time when you're getting efficient heat and maximum BTU's from your  wood.
Posted by David Neufeld at 10:15 AM