One of the first conversations I have with a customer wanting a brick oven centers on style.  Throughout most of the western world, brick ovens share a common core construction, a dome.  What the oven looks like from the outside varies greatly. 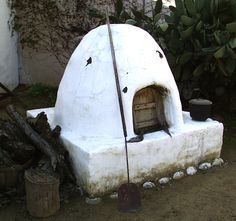 Therefore, when someone with roots in Greece contacts me, I research the style most often found in their region of Greece (styles within countries vary, especially north to south).  These two photos show two Greek ovens.  The whitewashed oven is likely a family's oven, small, low to the ground, and chimney-less.   The second oven below appears to be much larger and with an enclosing face that includes a full-width chimney, much like the ones in Pompeii and in parts of France.
In fact, with closer examination, the large oven has another cooking space to the left, behind the woman.  This perhaps is for more capacity or for cooking at lower temperatures simultaneously. 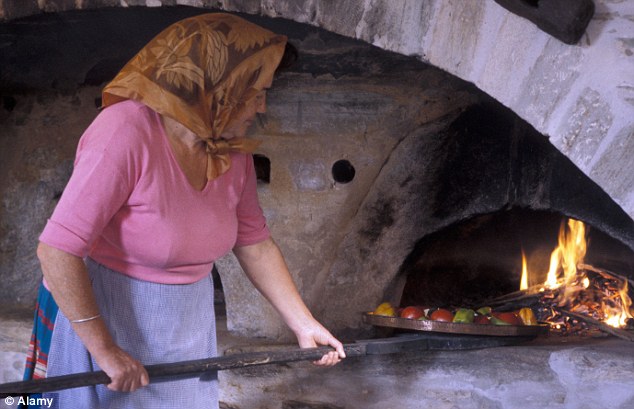 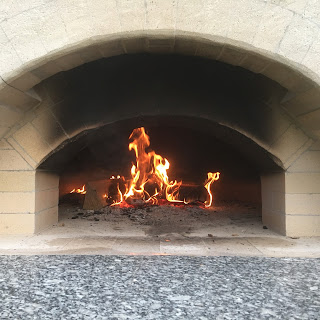 The photos below are from a recent TBO build.  The design emulates the qualities of southern Mediterranean and Greek ovens.  I took a grinder to the face bricks to emulate limestone. Repeated applications of stucco and whitewash soften the hard edges of the base masonry and give it 'age'.  Time will take care of the rest. 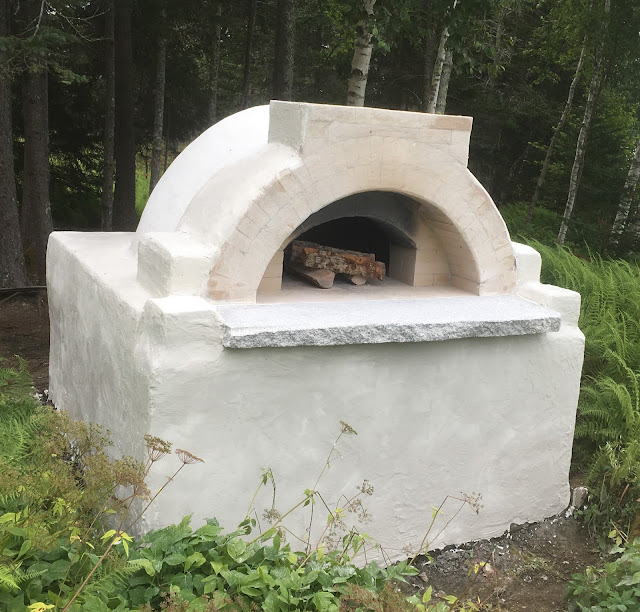 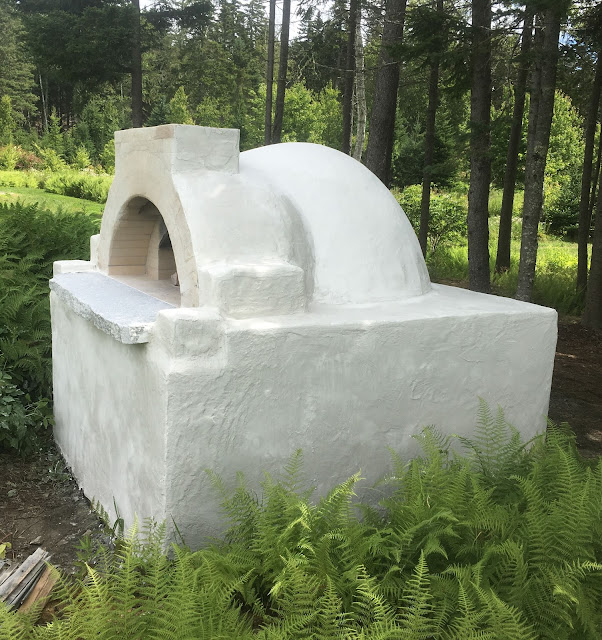 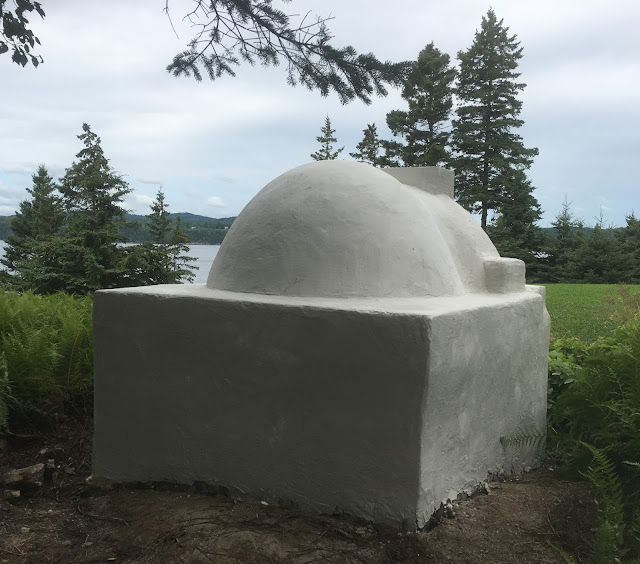 Posted by David Neufeld at 1:32 PM