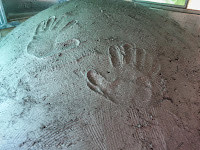 Long ago, in a faraway universe... I was a potter.  I threw pots on a kick wheel and fired them in a wood-fired kiln that I built.  It was an experience of transformation: soft clay became shapes and fire turned them to stone.

Much later, in a universe I presently live in, I built my first brick oven from the salvaged bricks of my original kiln.  I made loaves and baked them in the oven; flour, water, and yeast became bread. 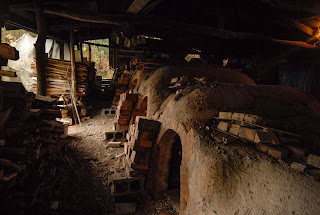 I recently returned from an oven build in North Carolina and stopped in at my friend, Willi Singleton's Pine Creek Pottery in Kempton, PA.  We had been fellow grad students.

What comes around, keeps going around and for me, is round.
Posted by David Neufeld at 3:37 PM