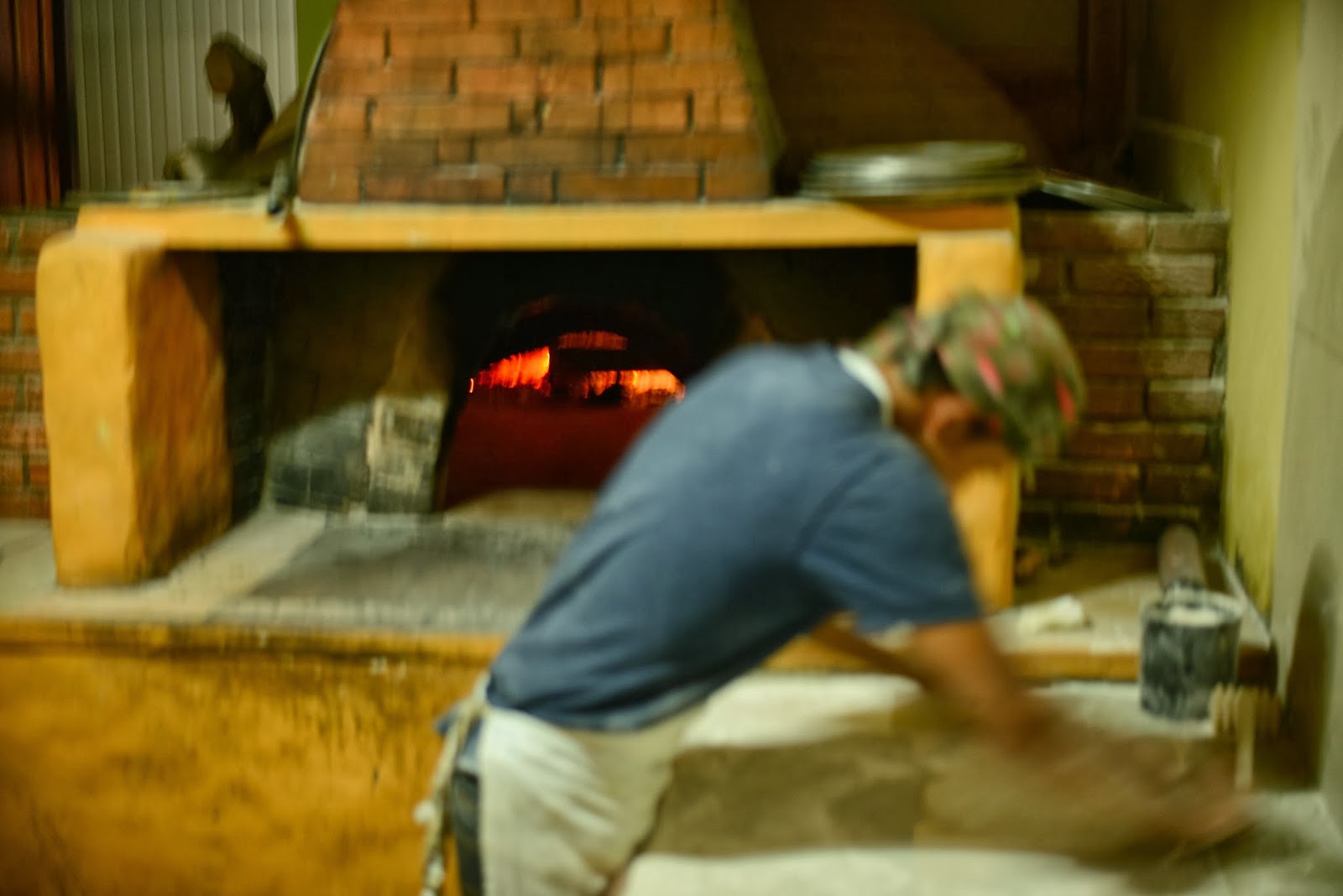 It appears that anywhere I go, I find brick ovens.  Universally, they are domed ovens similar to the ones I build.  A recent trip to Costa Rica's 'cloud forest' region (around Monteverde) gave me a chance to see the local ovens.

By and large, pizza is the primary product, as it has become a world-wide popular food.  At the restaurant pictured above, roasted vegetables for salads were also roasted in the oven as well as meats intended for topping pizzas.

On a gravel road between Monteverde and Arenal, we stopped to examine a rustic oven made of clay and thin bricks which has two mouths and no chimney.  Presumably the two-mouth system allows the baker to stoke the rear of the oven through the second opening although the owner wasn't present to explain. 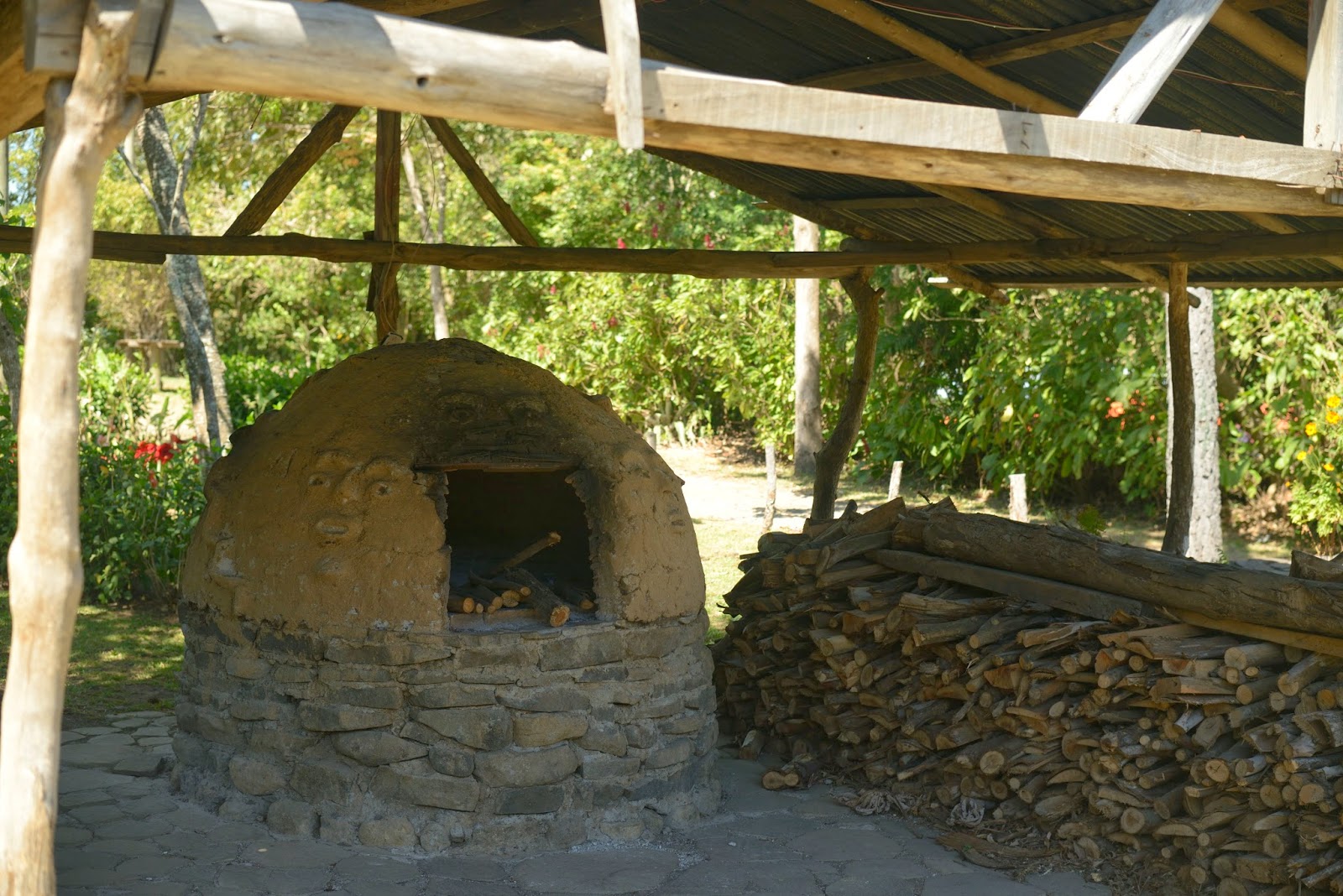 A few year ago, I designed an oven for a restaurant with two doors, but they were intended to offer the option of indoor stoking and introduction of food OR outdoor (terrace) service.  One of the doors was recommended to remain shut.