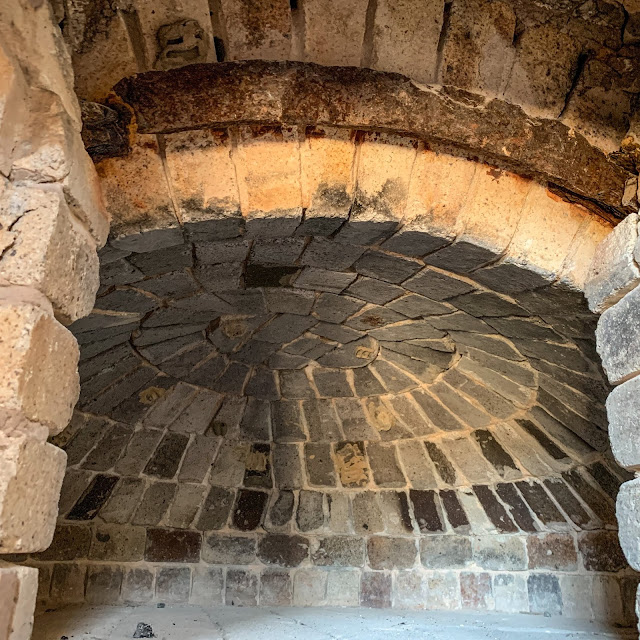 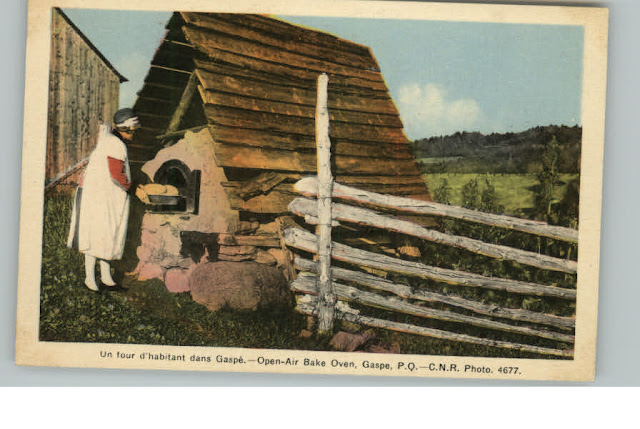 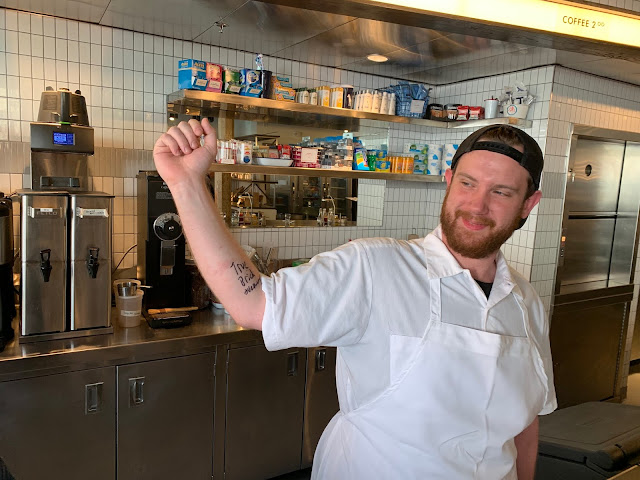 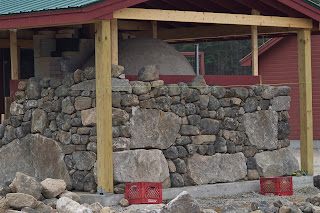 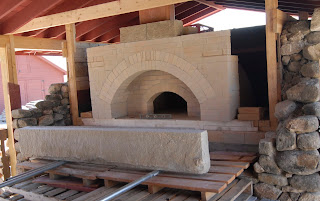 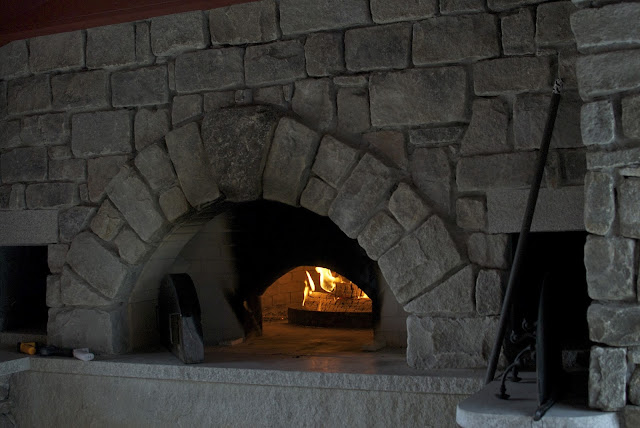 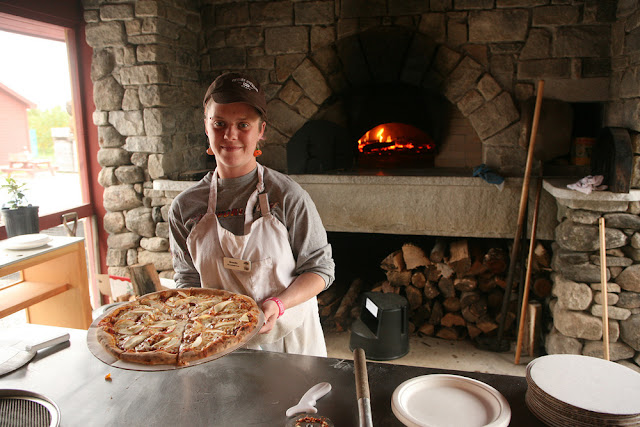 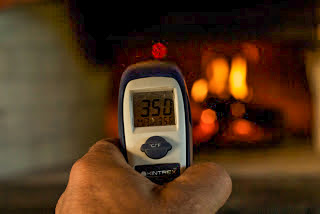 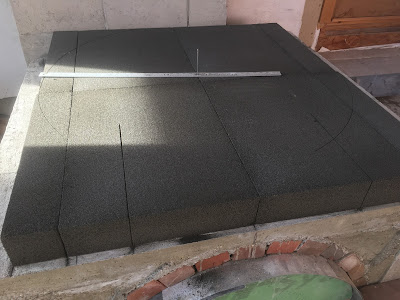 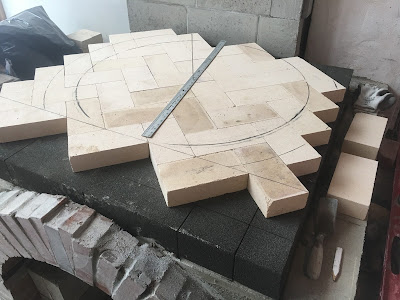 I have frequently stressed the need for a well-insulated floor for brick ovens.  Without sufficient insulation, the heat you put into the oven floor will migrate into the slab below and be wasted (aside from messing up the bottom crust of you baked goods).


The product Foamglas is my go-to choice as it is solid, waterproof, and easily cut.  Other, clay-based products will turn to mush if wet, a major downside in outdoor situations.


As shown, a metal ruler with appropriately spaced holes makes a compass for laying out the floor and scribing dome diameters.

I lay the floors in herringbone pattern for two reasons:
It looks great, but as importantly,
so that the pizza peel has no lateral minute seams to catch on. 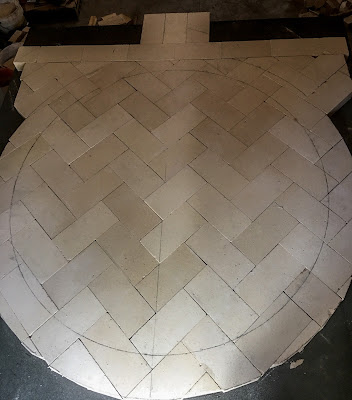 After scribing the exterior, the bricks are cut to the arc and replaced.

No mortar is used in any of these steps.