Any brick oven with a mouth and a face, which between them creates the flue, needs a chimney.
The chimney serves to move the smoke away from the face of the oven and the baker.

For indoor ovens or ovens attached to homes, the 2 in 10 rule applies; the chimney must be 2 feet above the ridge of the house or 10 feet away from the building and roof.  Higher chimneys create better draft.

A chimney chase is a wood structure built around the metal chimney to either conceal the metal or create a substrate for a stone or brick veneer.

All chimneys are capped with a metal or stone cap. 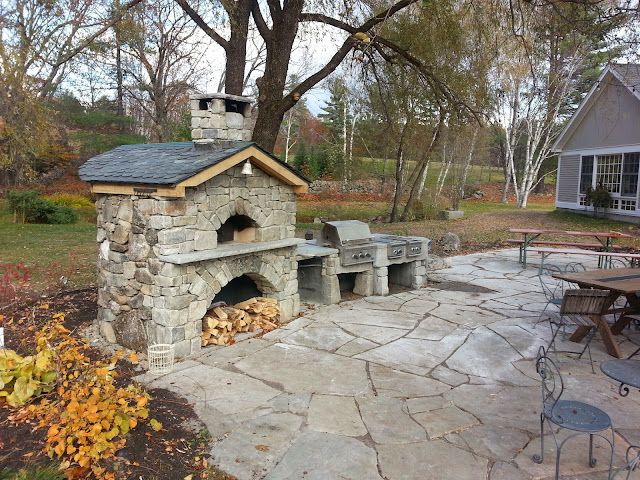 Posted by David Neufeld at 8:03 PM No comments: 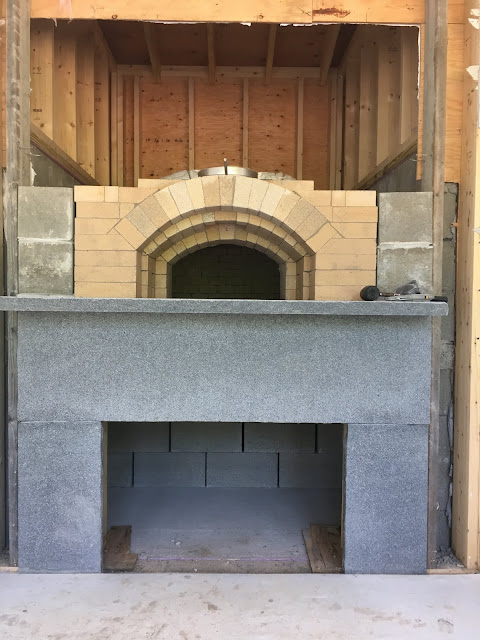 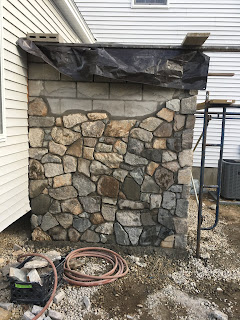 In this current project, I've built three separate arches.  This will enable the owners to both close the mouth (which isolates the dome) as well as the face arch (which is in front of the flue).  This does not replace the damper in the insulated metal chimney which will still function to close the chimney when the fire is out. 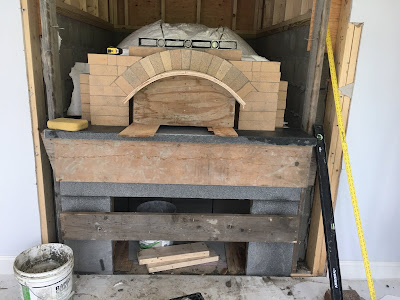 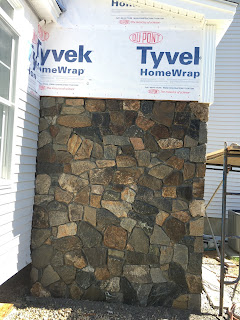 As will all current ovens there are two air channels on either side of the mouth.  These will be closed by specially cut bricks and the second door as well.


Posted by David Neufeld at 5:18 PM No comments:

Dome Was Built in a Day 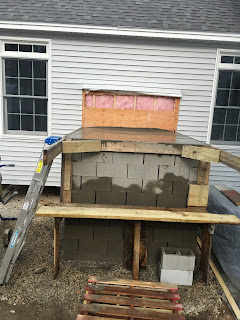 Judging from the number of visits to posts describing details of building brick ovens, I can guess that a fair number (New Englandese for 'a lot') of people are looking to build their own ovens.


In the past, I've spoken or consulted with people who have built their own and the consensus is that it takes a long time, like months, for a owner-builder to finish. 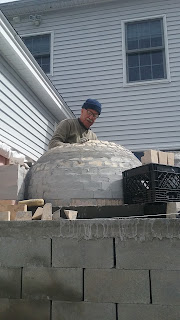 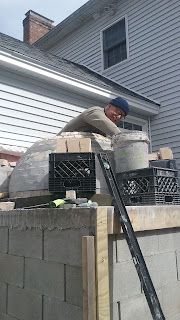 This may be the reason that on many occasions where a project involving both extensive masonry and a brick oven I am asked to build the 'core': the technical part of the oven.  I've worked with expert masons all over the country because it made sense for them to pass on building the central part of the oven to me rather than build a one-off themselves. 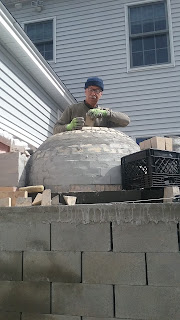 In the case of a homeowner building one him or herself, the equation that measures the time and precision it takes for a one-off is weighed against the cost of my building the core.

In addition, I've offered advisories suggesting that a professional mason, although expert at fireplaces, walls, etc., if hired, may not know the engineering and physics of brick ovens, thus leaving the owner with a brick oven that is NOT a brick oven in the functional sense. (Was that a long enough sentence???) 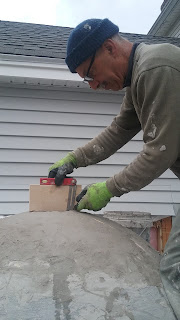 This project in New Hampshire, is a 42" interior diameter oven core that was completed in one long day.  Additional work to bring it to completion is needed, but it demonstrates the efficiency of experience. 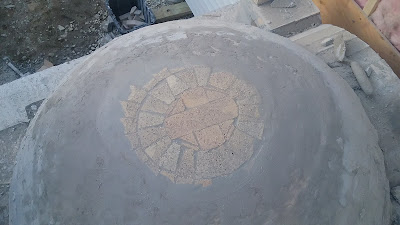 Posted by David Neufeld at 7:06 PM No comments: